The 15th august 2014 the air around Huangpujiang River in Shanghai burned. General Motors presented the latest member of the Cadillac family, the luxurious and sporty ATS-L limousine for young and successful customers. Bocatec powered the extravagant car presentation with event technics made in Germany.
Cadillac ATS-L launch Shanghai from Bocatec on Vimeo.

The 1300 spectators were quite amazed when the new Cadillac models speeded with squeaky tires below them, through

and around fire columns. The chinese Cadillac dealers and sales people traveled from all over China to Shanghai. Today the traditional company General Motors has more than 58,000 employees in China and offers with the brands Baojun, Buick, Cadillac, Chevrolet, Jiefang, Opel and Wuling the broadest spectrum of vehicles. 2013 General Motors sold almost 3.2 Millionen vehicles in China. No wonder that the the drive to this show was it worth for the guests.

Where usually the ships land and clear their goods on the banks of the Huangpujiang river, Cadillac built up an extra glass street, special buildings and audience tribunes. The location was planned so that the cars could drive below the visitors. In doing so the audience could see the cars through the glass floor. The side walls were aditionally raised during the show and gave free view on the spectacular Shanghai skyline.

For one and a half hours the Cadillac show thrilled the invited public and the curious onlookers with stunts, maneuvers,

.
The drivers of the new limousines, speeding up in only 6,2 seconds from 0 to 100 km/h, delivered an outdoor wiggly line race around fire columns and drifted in circles inside a 160 m²

boxing ring. The race course was framed by over 600 moving heads and 800 running meter LED modules. But that was not the end: additionally dancers and singers performed in the indoor area. They were escorted by a

and the highlight: a

out of the ground. 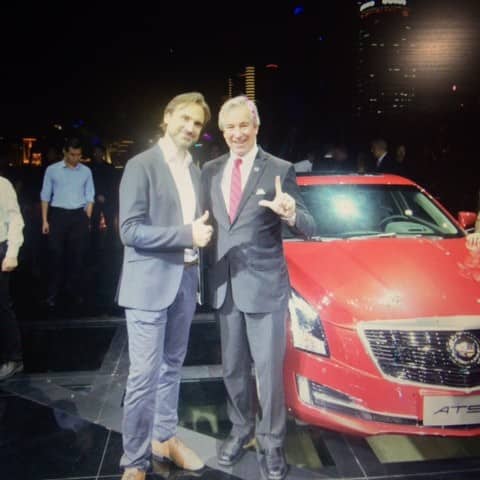 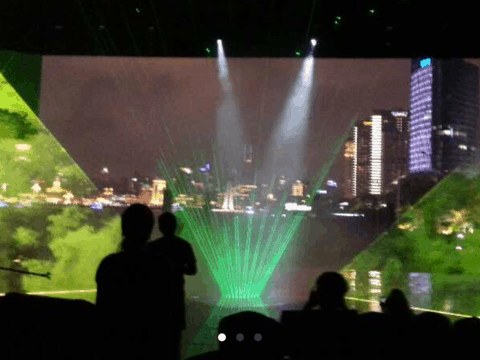 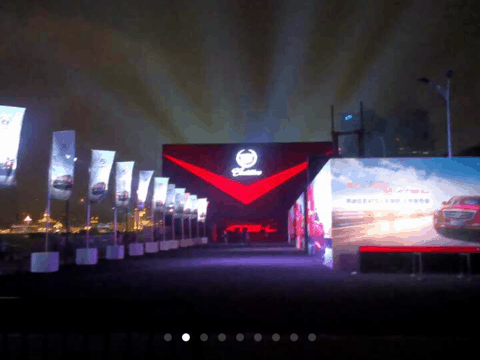 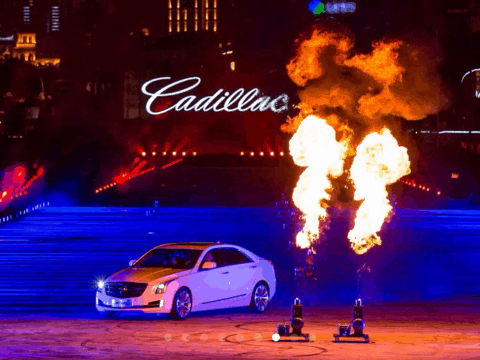 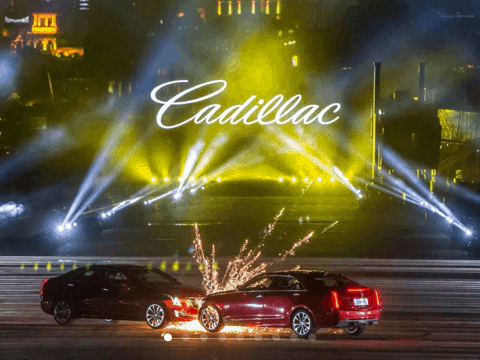 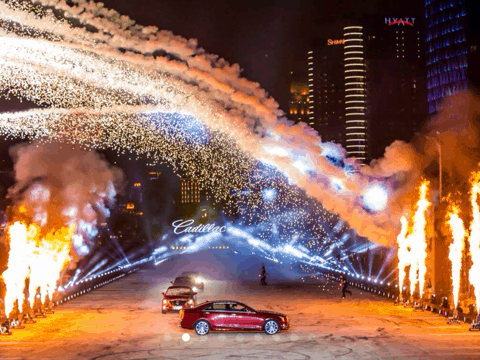 For the Cadillac event Bocatec worked this time with an extrem amount of power only above and below the audience. Thanks to this innovative

, the people were not blinded by the beams and the lasers were shown to advantage despite the light spectacle indoors and outdoors.

According to this Cadillac was very satisfied with the