With a big citizens party the city Düsseldorf celebrated on 13th September its 725th birthday. The biggest homeland club of the city – the Düsseldorf Jonges – brought a very special present to the city with the help of Bocatec. The german-japanese multimedia artist Kanjo Také projected his light artwork with manga figures onto a water shield in the fountain of the Hofgarten. 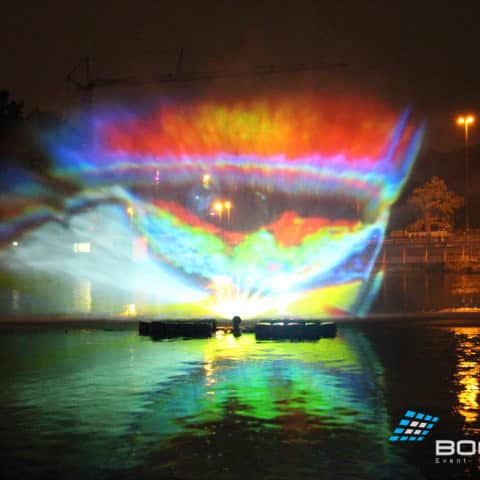 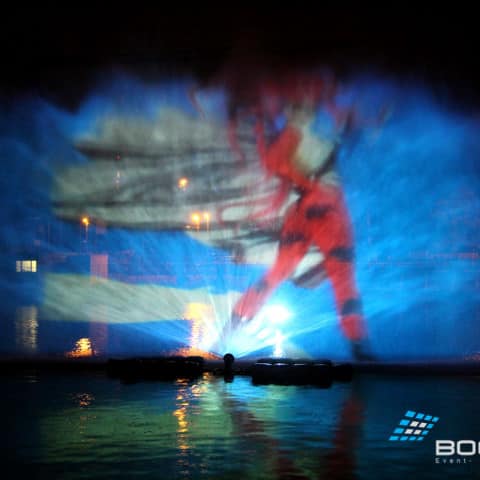 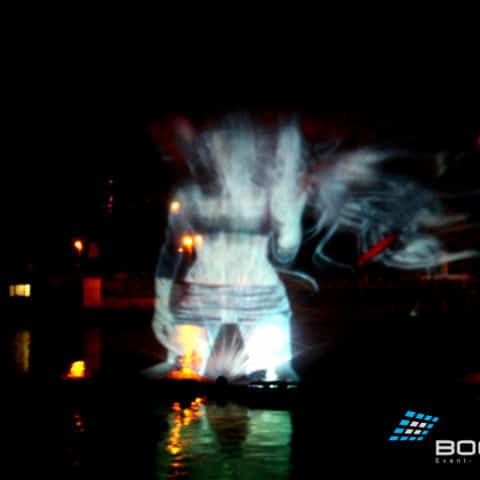 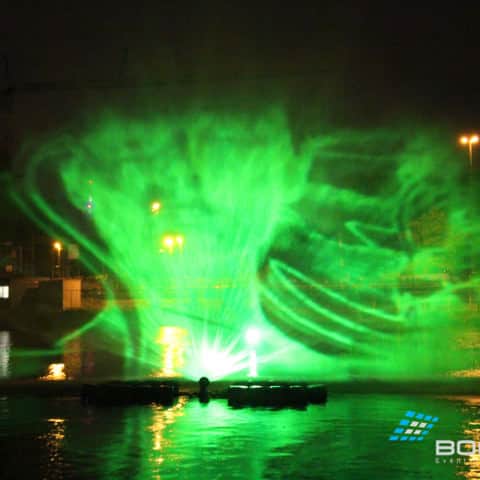 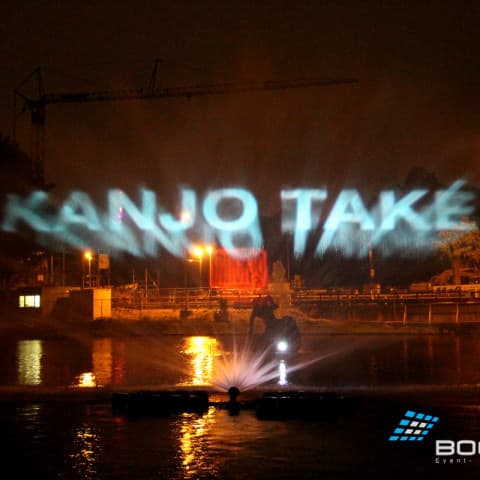 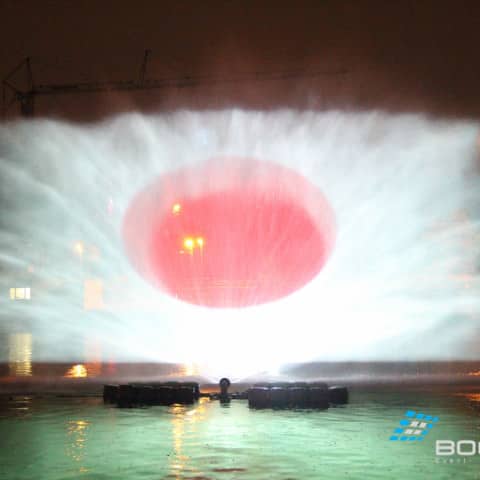 Solemn live premiere
At 19.30pm the trombonists of the Robert-Schumann-high school greeted the guests. Several speakers, thereunder major Dirk Elbers and the consul general of Japan, Kiyoshi Koinuma welcomed the audience. At 21pm then the water and light beams slowly rose in front of the “Jrönen Jong” in the Hofgarten spring. Then Kanjo Také projected his „dance of the divine heroes“ onto the 525m² big water screen together with alienated, spherical nature sounds. Therefor Také took protagonists in manga costumes on picture. This is a unique thin until now, he said. Also the 3000 guest haven’t seen something like that before and were thus overwhelmed and fascinated by the artwork.

The installation
Bocatec was occupied for 4 days with the buildup of the enormous water shield with 45 kW. The screen should extent over a maximum surface of 15m x 35m. 15tsd ANSILumen beamers in outdoor housing cared for the artistic illumination of the water wall.

Bocatec water-egg shined every night
Due to the huge excitement about the successful installation, the Jonges gave the city the artwork for pe4rmanent present in form of an egg-shaped water shield around the monument. Therefor the water egg was newly and fixed mounted after the celebrations and now shines in the evening hours in Düsseldorf.

The Bocatec range around water projections and more you discover here.