General Motors presented the new models of the Buick brand to the Chinese market on the 28th September 2013. Directly on the coast of the megacity Qingdao Bocatec cared for a fulminant kick-off of the car presentation with a laser show with harbor view.

Buick war already founded in 1903 by David Dunbar Buick in Michigan as an independent car brand. William Durant, who founded General Motors in 1908, took over the brand in 1904. Until the 70ies Buick was very successful inside the USA. In Qingdao Buick now presented the new medium class models of the series Regal and Regal GS. Therefor Buick invited more than 600 customers to a big open air show on the vestibule of the former Olympic station. Meanwhile in China the brand Buick is quite famous, every place in front of the self-constructed stage was taken. 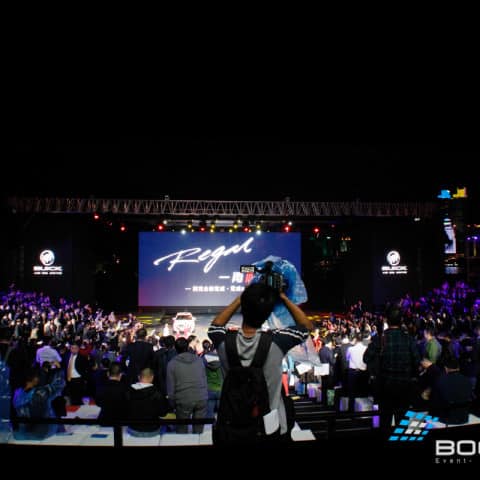 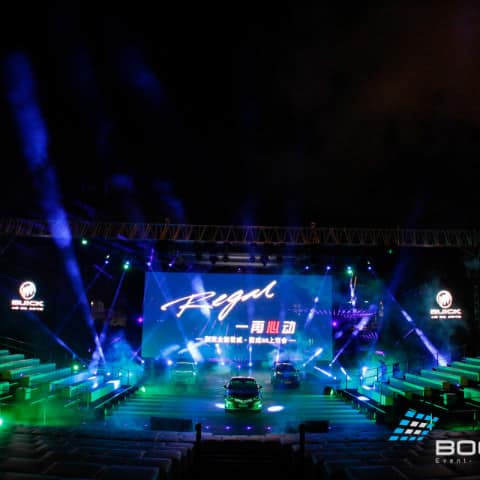 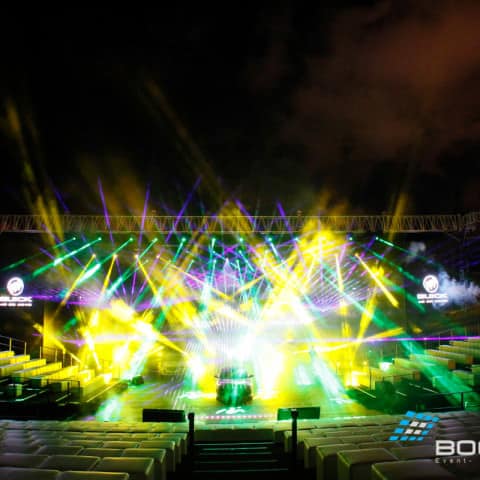 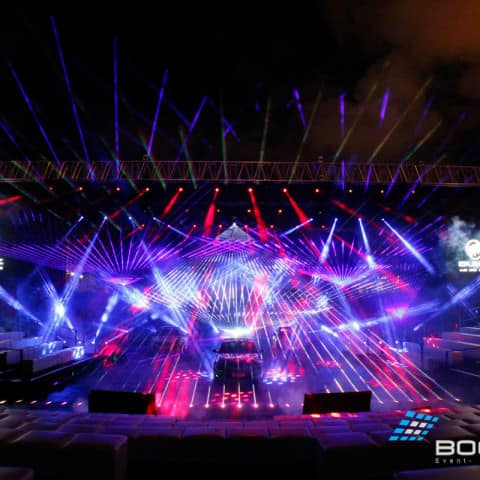 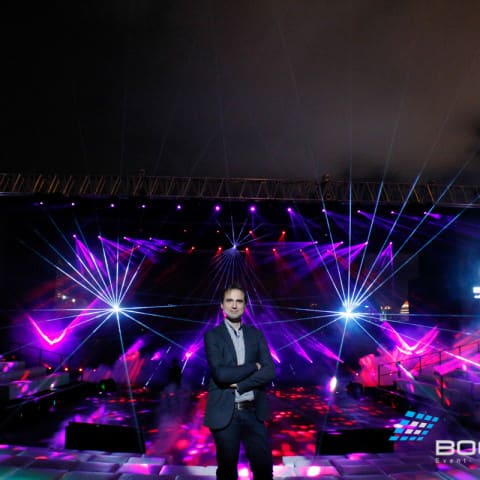 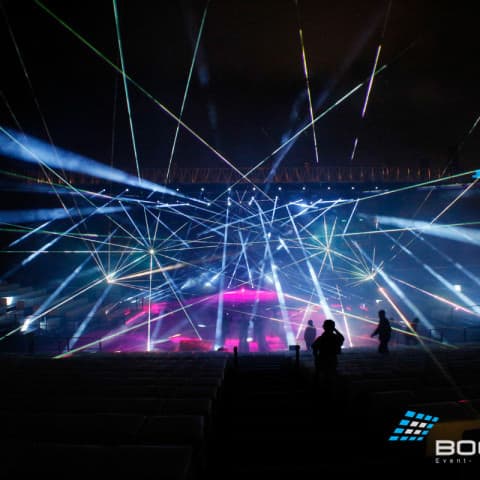 A+ car laser show becomes talk of the town
Inspired by the car show in Chengdu, where Bocatec made a strong presentation for the brand INFINITI, the Buick people engaged the team from Hamburg for the laser show in Qingdao. The former German colony and coastal metropolis is well known for its beer. Bocatec boss – Boris Bollinger – felt like home and also the collaboration with the technicians on site worked perfectly well.

That’s what is behind

3 Bocatec guys (light designers, light technicians and laser technicians) and other ten technical guys on site did the 6-day build-up for the whole light and laser show. More than 60 spot-moving heads and 40 washers had to be installed, 11 high-power lasers each with more than 10-20W white light power, 8 fog and wind machines and 6 hazers were used. The control was done by the PHOENIX show controller.  Parallel to the laser show there were videos from Buick run on different screens, synchronized via SMPTE-time code. In only 2 weeks a 5 minute laser- and light show was ready that almost stole the show from the new model row Regal.

Weather capers and good luck
After it dad rained the whole afternoon and the stage was under water until shortly before the show, on Saturday evening at 19pm everything was perfectly ready. The rain went away and the Buick cars drove as stars of the evening on the stage. The new models drove harmonized with the music and light under a sea of laser beams onto the stage.

After the laser show is before the laser show
The customers were very delighted by the Bocatec performance and the tip-top laser show and fully satisfied about the evening. Further car presentations are surely realized by Bocatec as partner. Parallel our expertise for fulminant car shows got around, so that Bocatec will beam the lasers again already in November for the high-performance brand Mercedes AMG.