„DHL – Die Haben Lohndumping“ (they do minimum wages) this clear statement against scandalizing and precarious working conditions at DHL the 100% subsidiary of the German POST war projected militantly by Bocatec for the labor union ver.di onto the façade of the Congress Center Hamburg. 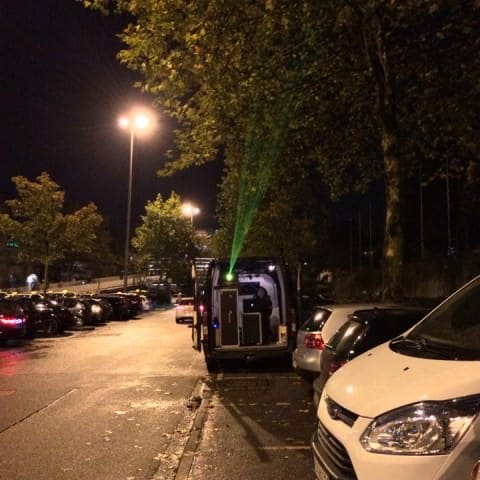 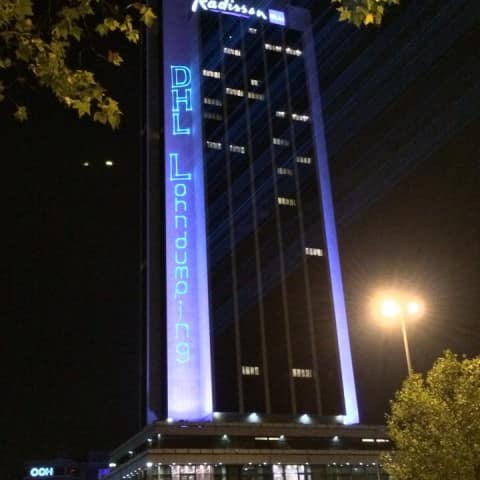 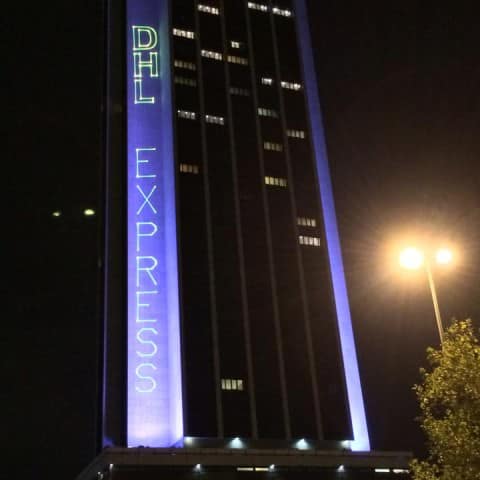 At the 6th November the national work council of the German Post AG held a meeting in Hamburg. The boss of the company, Dr. Frank Appel faced not only 620 members of the work council but was also impressively criticized for the massive minimum wages and bad working conditions of the DHL subsidiary.

The united service work council (ver.di) engaged the projection experts from Bocatec to put up the blatantly obvious statement „Fair instead of precarious“. From 18 – 19pm Bocatec projected a 20 seconds loop of the motto „DHL – Die Haben Lohndumping“  with the help of a 14W RGB Piko Laser onto the 120 m high house wall of the CCH. A brave and very fast action, just two days before came the order, just 10 minutes before the projection, Bocatec put up the projectors.

The widely visible protest-projection should denunciate especially the insupportable conditions at the DHL Express Germany GmbH. Working times of up to 70 hours per week and hourly earnings of around 5 Euro are a DHL standard. Since 2006 the delivery is furthermore outsourced and so the contractors are out of the rate regulations. Like this the DHL saves full-time workplaces that are liable to insurance deductions and passes on the business risk to the contractors. These drawbacks should be clearly marked, so the target of the mission.

The regional head of the postal services, transport and logistics and ver.di-man Lars-Uwe Rieck war heavily thrilled by the successful Bocatec laser projection and the short-tern, cool and straightforward realization of the action. Bocatec was very happy to apply its laser technics this time so gladiatorial and proverbial demonstrative.