As a permanent present for the 725th city anniversary of Düsseldorf, the biggest homeland club of the city – the Dusseldorf Jonges – gave new, spectacular birth to the water monument “den Jrönen Jong”. Bocatec therefor wrapped the over hundred years old sculpture of the river god Triton into an egg-shaped water artwork. 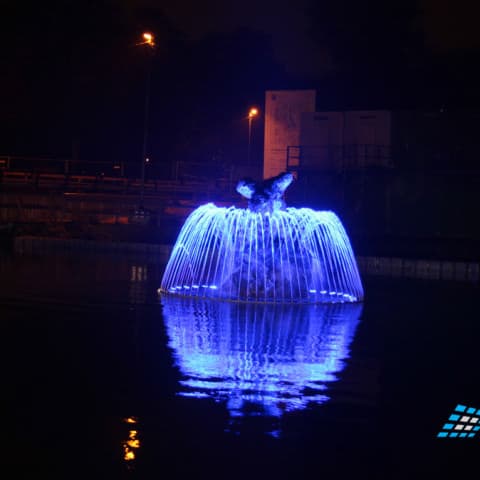 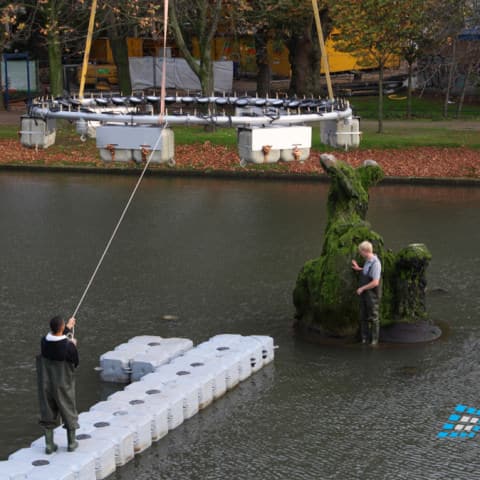 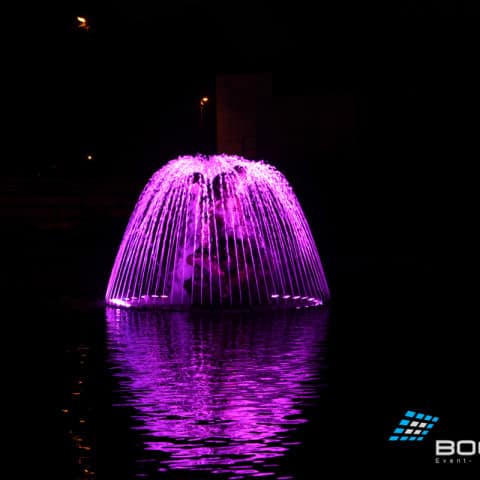 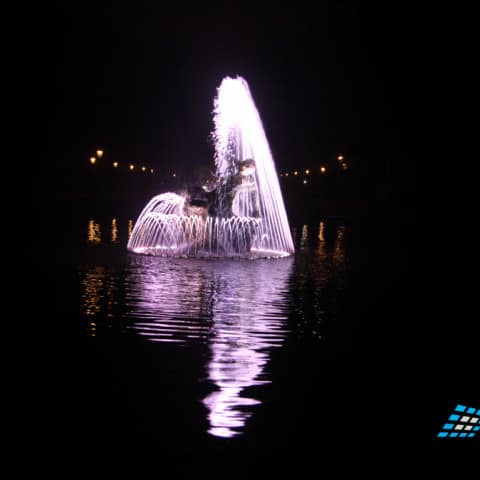 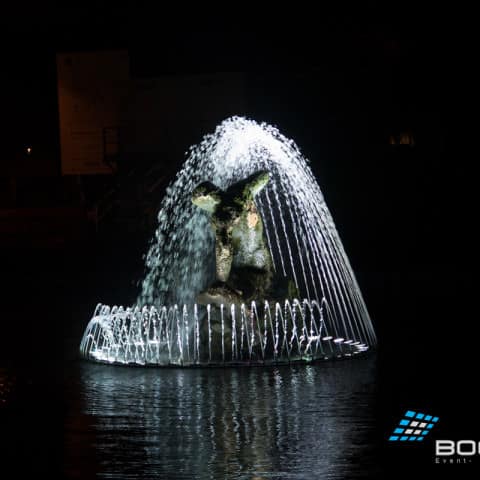 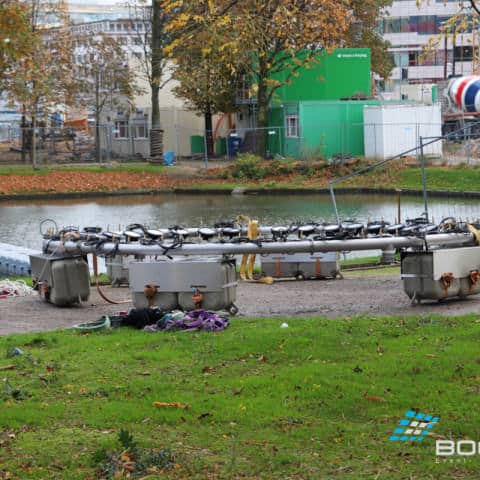 The „Jonges“ disproved with their extraordinary present that homeland clubs only know old traditions. The club with 2500 members thought for a long time about a suiting present for the jubilee of the city. The genius and original installation combines skillfully the closeness to the home city and artwork and is a great balancing act between tradition and modernity. The 3m high monument in the water basin at the end of the Reitallee was created in 1899 by Joseph Hammerschmidt and represents the river god Triton, who is interrupted by a hippy during his lunch. The Jonges would like to also raise the awareness of the other 70 monuments in Düsseldorf by trying out creative ways of presentation. The “Jrönen Jong” is now a perfect example for that.

The mega present
The „Jröne Jong“ inside the Hofgarten now stands in the middle of „fight of the fountains“ every evening. Around 80 water jets are arranged in a 6m circle around the monument. These jets are controlled by three pumps with 8KW power each and play with and against each other. The water beams can be continuously adjusted up to 7 m height. Through the loops of the water beams towards the middle a 5m high water egg comes out. Additionally the whole construction is illuminated by 42 LEDs a 180 Watt and shines in different colors. Under this water egg the “Jröne Jong” optically is virtually cleared away. The production enchants over 15 minutes long every spectator and is played in loop again and again. 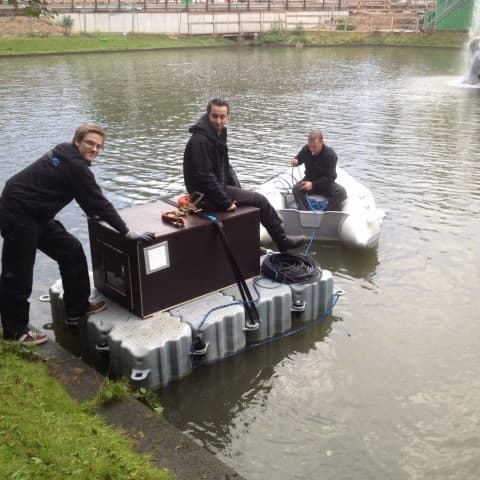 The installation
The way to the finished artwork was thus long. First Bocatec had to measure the monument with the help of a rubber boat. The crown for the water supply and three LED lights were then mounted into the basin around the monument with a crane. Four full days Bocatec worked frenetically. The water circle had to have a diameter of six meter. The results satisfy and are an eye candy for all park visitors and passerbys. Bocatec is already looking forward to the next spectacular staging of further monuments.