The bombastic world premiere of the Audi A3 took place in spring 2014 in Shanghai. Audi China engaged Bocatec for the closing mega outdoor laser show with view on the night skyline. A unique party for the brand-new Audi model that completely enthused the guests.

Audi A3 Präsentation Shanghai from Bocatec on Vimeo.

The 21st March around 450 distributors were invited to the Aurora Plaza directly at the banks of Huangpu River. The building belongs to the face of Shanghai and characterizes the skyline through its huge LED screen. 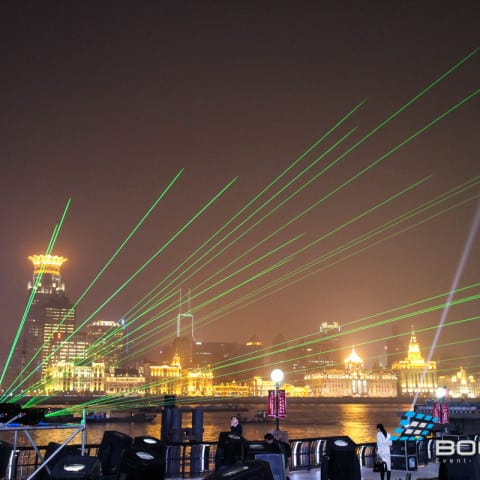 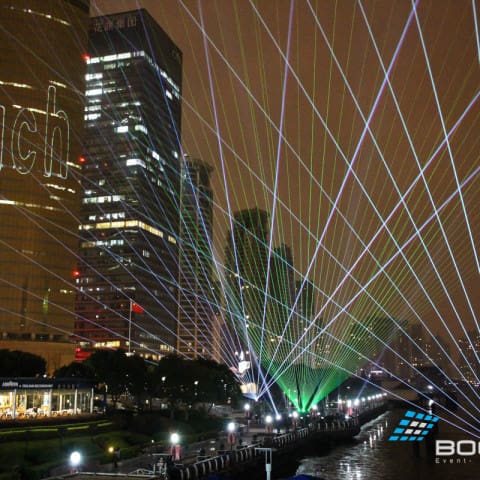 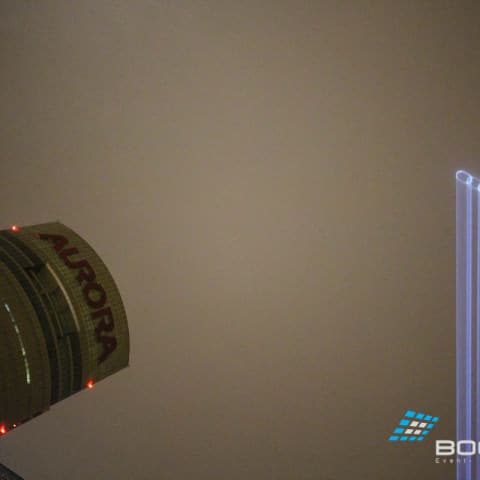 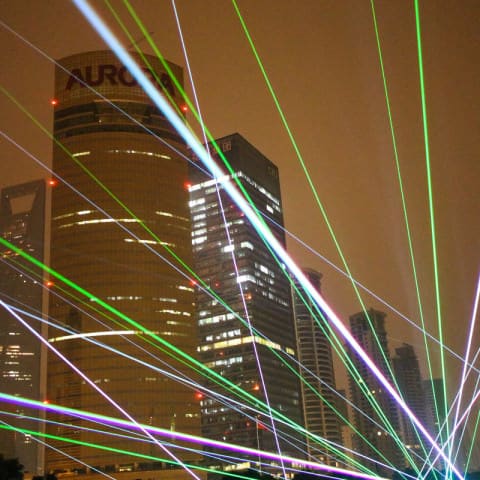 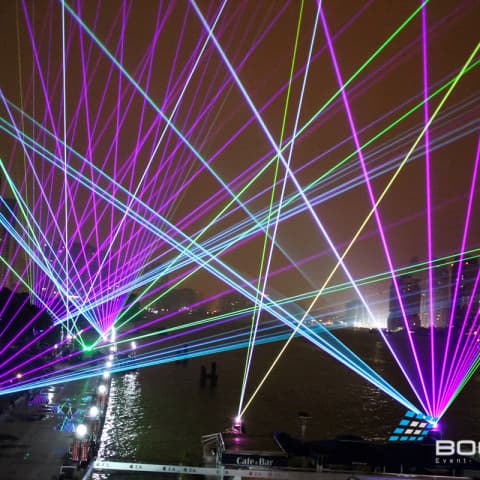 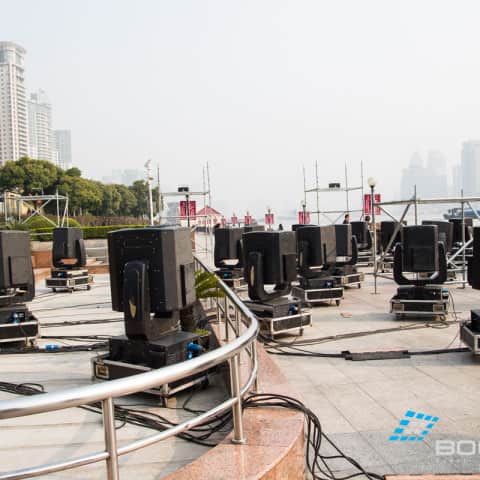 From 7 pm started the evening with diverse speeches and a dinner. The new Audi models were then presented by top presenters, a dance show and extremely amount of media technics. Then as a final highlight the back and side walls of the locations opened up suddenly and offered a free view onto the illuminated skyline of Shanghai. But the amazement of the audience got even bigger when Bocatec began the 5 minute laser show. At the same time an Audi video appeared on the 3591 m² large screen, light and music completed the mega show. The jubilation of the guests didn’t end, so Audi decided to replay the show in a loop for another half an hour.

Good thing needs preparation
Bocatec traveled to China for the 3 day buildup with its event professionals and a range of high-tech equipment. Full 12 25-30W RGB white light lasers and 6 high power fog machines were packed. In addition 35 7KW Space-Cannons, 70 Sharpy moving heads and of course the Phoenix Show controller and a Grand MA2, which controlled the show via WLAN.

Full commitment pays of
The days before the big event Bocatec had some trouble with the Shanghai authorities because the laser show beamed into the whole airspace above Shanghai. The extremely clear air made the visibility of the laser beams worse and the Bocatec guys had the give extra power to the fog machines. Audi was visible enchanted by the sow and the commitment of the Bocatec crew and plans already other events with the laser technics and show experience of Bocatec.