Navigation: Home / News / Laser game “Maze Mission” is the winner on the BPM in Birmingham

The speed of a music piece is measured in “beats per minute”. More than 60 “people per hour” passed the laser game „Maze Mission“ on the BPM trade show in Birmingham from 14th to 16th September 2013. The company Interactive Lasergames surprised and thrilled all visitors without exception with their innovative game. So the trade show organizers nominated the “best booth” of the BPM fair. 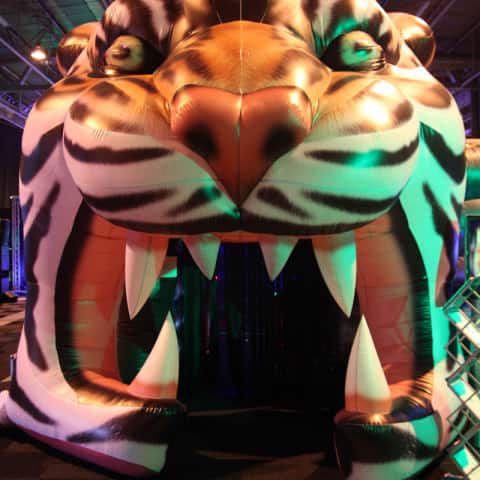 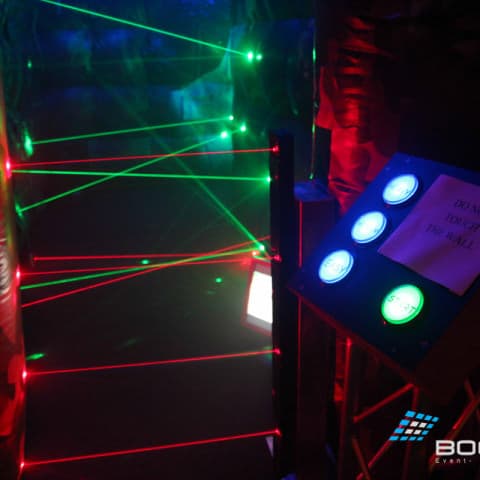 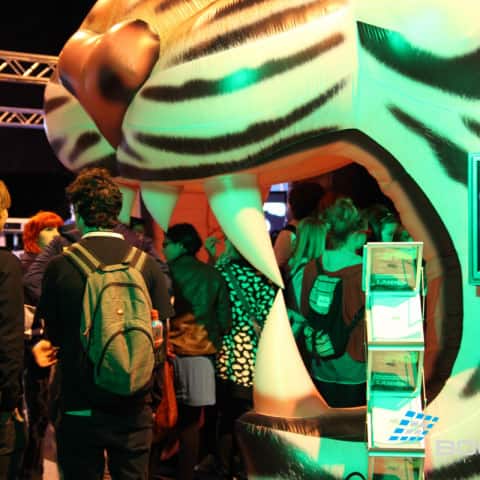 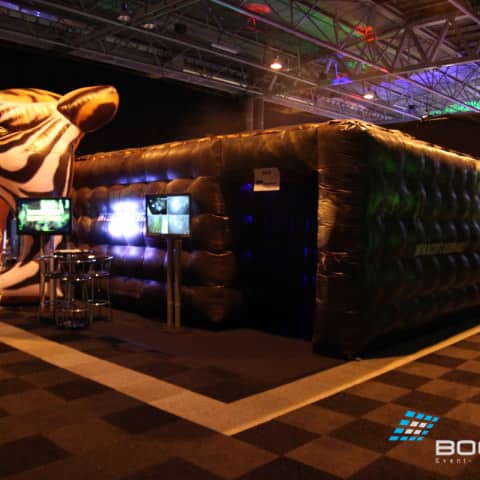 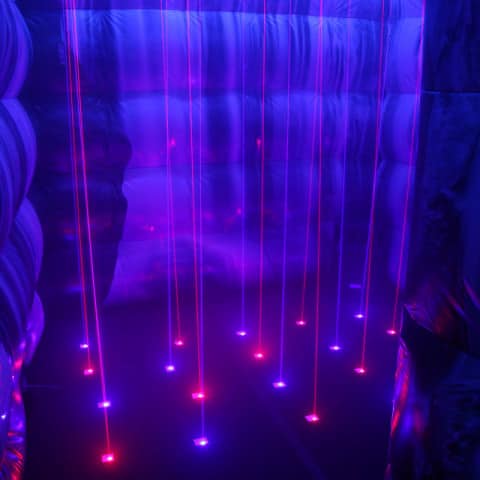 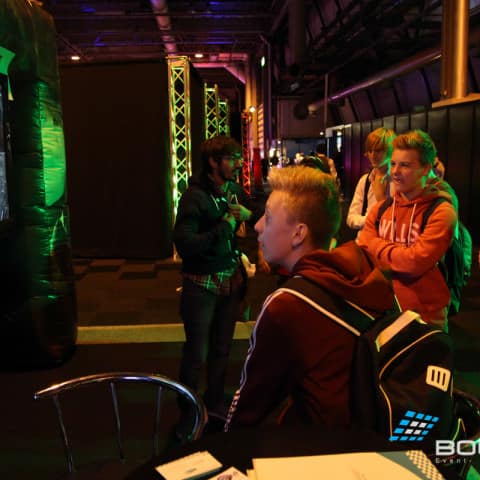 The BPM is UK wide the biggest event for event technics, DJing and music production. Since 2007 DJs, producers, artists, club owners and provides of event technics meet annually on over 8500 square meters in Birmingham. This year the show was bursting at the seams with 8000 visitors. The people came not only to network and to see the latest news, workshops, seminars, several live acts and parties through the night made the trade fair a real experience.

The ultimate highlight of the BPM was offered by the Interactive Lasergames booth. At many booths the visitors could test and try the latest event technology themselves. But the Maze Mission booth demands full body effort. On 80 m² Interactive Lasergame put up its game Maze Mission to give a game experience of a special kind to the crowd. Every visitor was invited to enter the 30 m long and dark laser course through a huge tiger mouth.  In 3 different game zones 40 red, green and blue laser beams had to be overcome or catched. Some video cameras broadcasted the performance of each player on screens to the outside. The other waiting gamers and audience could thus observe every single step of the laser player inside. A big fun, because almost nobody is as smart and elegant around laser beams as Tom Cruise in Mission Impossible. Instead some sturdy and unfearful gamer just crawled below the beams. No wonder that small and big visitors love this fun game and form long queues in front of Maze Mission to test it themselves. Everybody wants to proof his speediness and smartness. 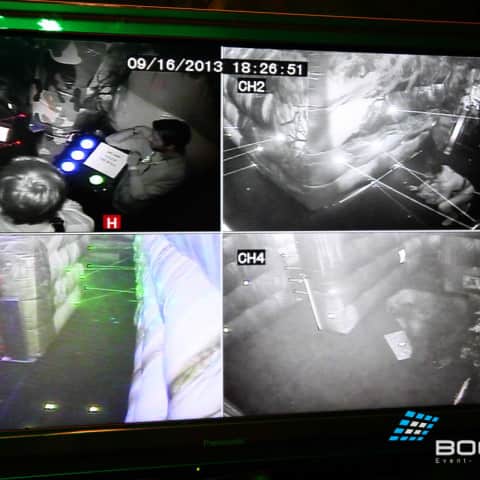 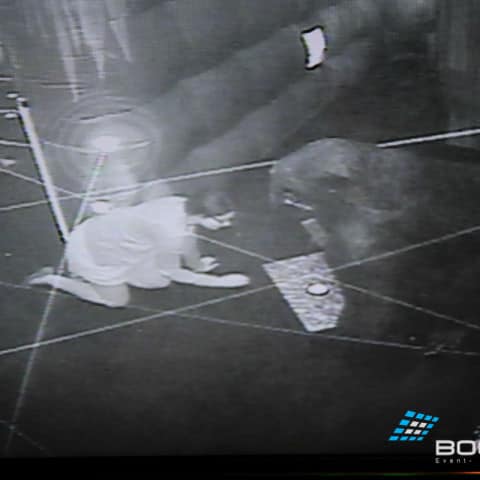 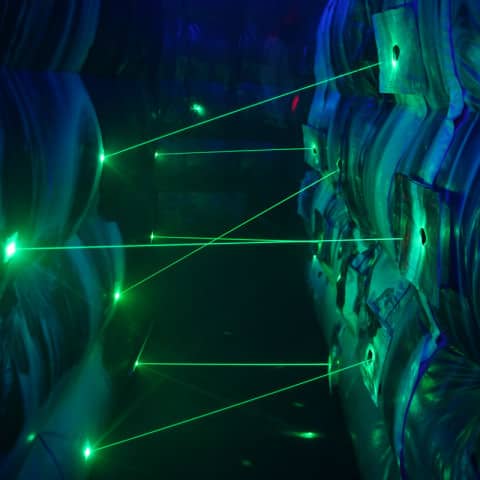 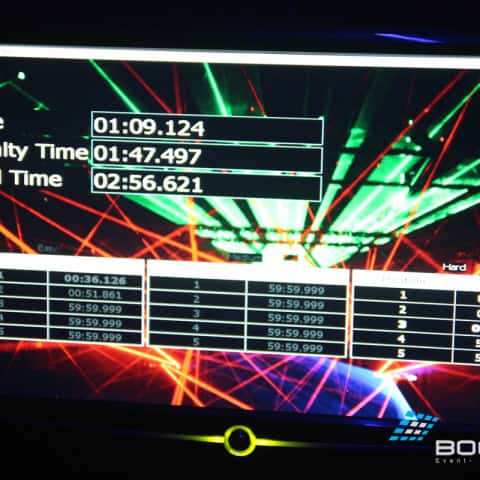 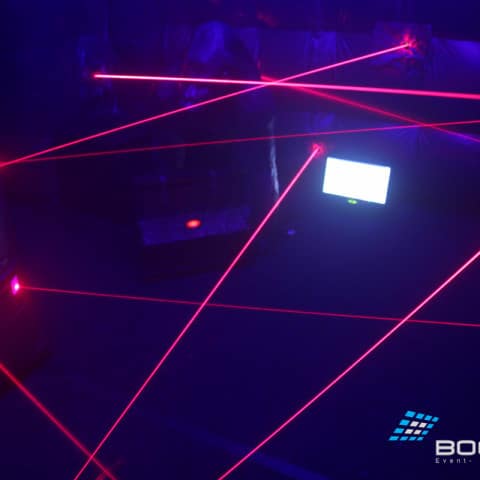 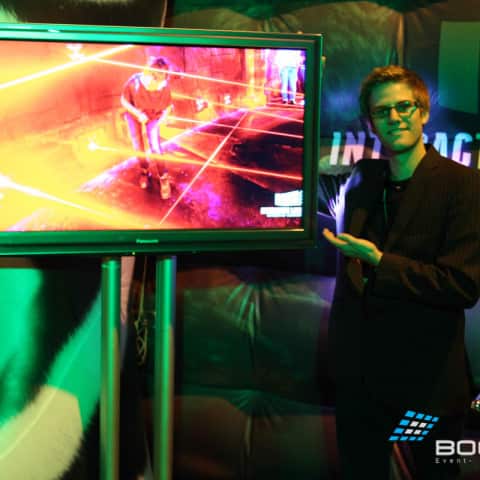 Maze Mission on tour
Such an overwhelming enthusiasm could Interactive Lasergames hardly imagine before the trade show. And it became even better: The organization team of the partner trade show in Paris invited Maze Mission to come to their show in 2014. Interactive Lasergames will present the game there for free and thrill the visitors for sure.
Audi turns the IAA upside down and Bocatec is in
Bocatec plays PONG on facade of power station
News
Highlights
Fire on the ice – Christmas at the Hafencity Hamburg
Laser show in zoo Hannover
Steampunk at the Pioneer Alpha 2017
Bocatec at the Airbeat One 2017
Future Event at City Cube Berlin
Laser show meets water wall in Dresden
Recent Posts