PONG – the computer game sensation from the 70ies experienced a spectacular revival in September 2013. Bocatec projected the digital Ping-Pong game live onto a facade of the future gas and steam power station on the banks of the Elbe close to Wedel. 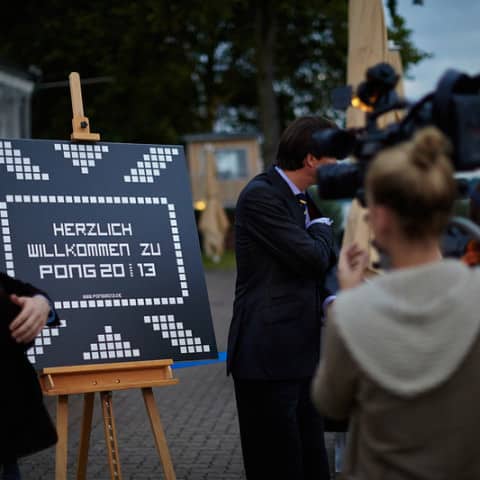 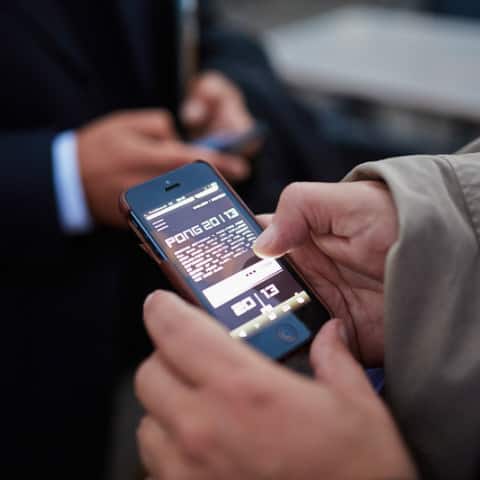 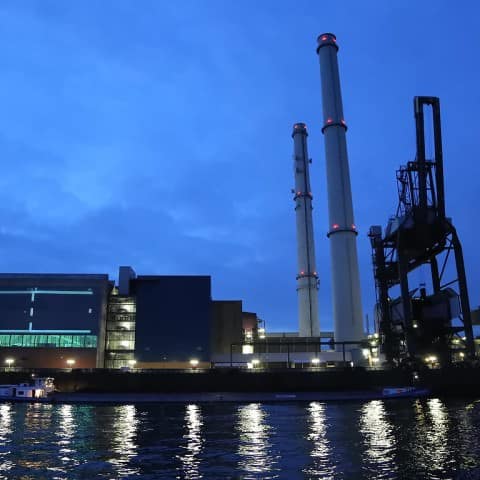 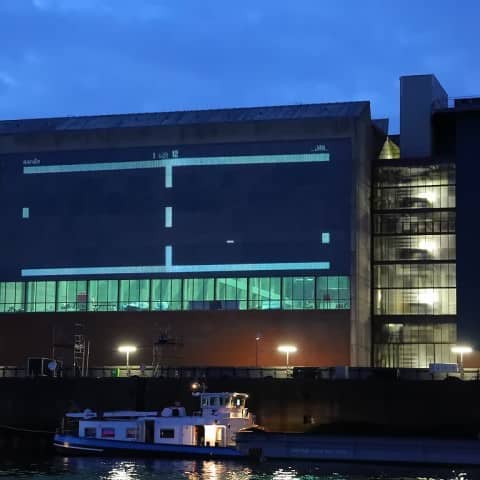 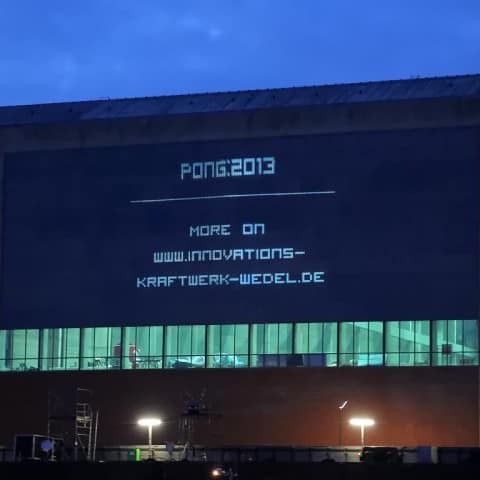 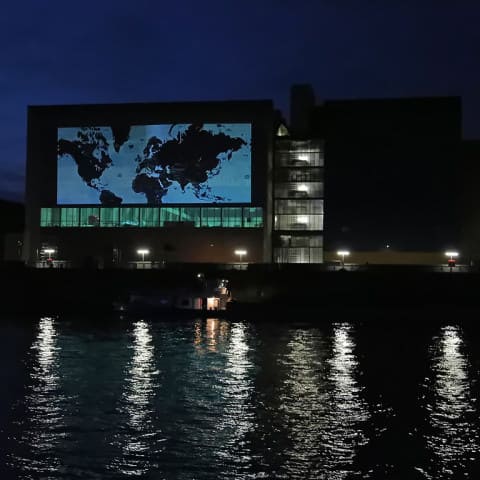 The network „Gamecity Hamburg“ initiated together with the energy company Vattenfall the worldwide biggest projection of the computer game PONG. Bocatec supported the bright projection on the surface of 700 m² of the game that was additionally streamed live. Two projectors, each with 15.000 ANSI Lumen power glamorized the sharp soft edge projection. The single pictures of the two beamers became then one big picture on the power plant facade thanks to a special video software. The beamers in outdoor housing projected from a 4m high layher rack onto the facade. Bocatec also cared for the internet connection via satellite and for the online access to the game. Two IP cameras provided the live picture of the projection.

During the days from 4th to 18th September 2013 the gigantic projection should take more attention on the site Hamburg-Wedel and the power plant, that will be brought on line in  2017. The new innovation power plant Wedel will start a new area of energy supply. In contrast PONG looks back on a time that was also the beginning of new times. The industry initiative Gamecity concentrates 140 companies from the gaming industry. They rose a lot attention for their industry and the energy and warmth producer Vattenfall with the creative event. TV and press reported about the unusual live projection, which has chances to get into the Guinness book of world records.

Under www.pong2013.de pong fans from around the globe can play the biggest pong competition online against each other, even after the projection. Have fun PONGING!