Infiniti presented its new models for the Chinese market on 29th of august 2013 in Chengdu. 250 „Top of the Top“ salesmen from China experienced the INFINITI night shortly before the car show. The superlative opening show started with an impressive 5 minute laser show by Bocatec and put the audience into best mood. 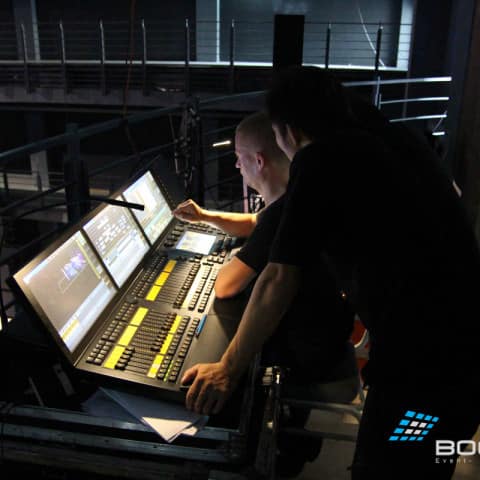 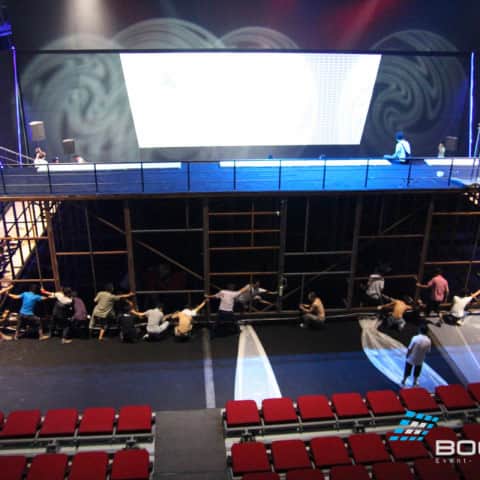 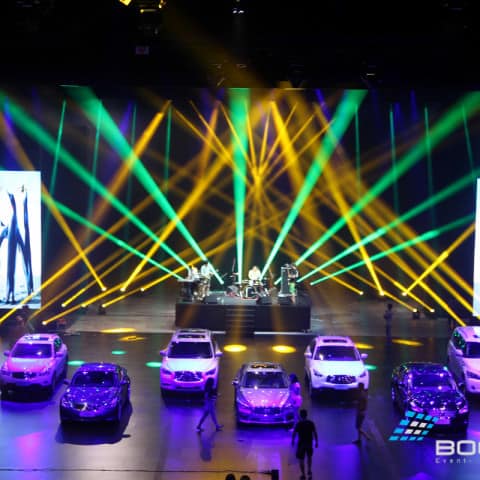 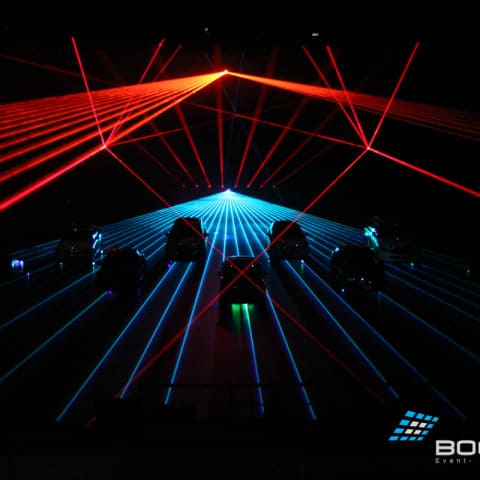 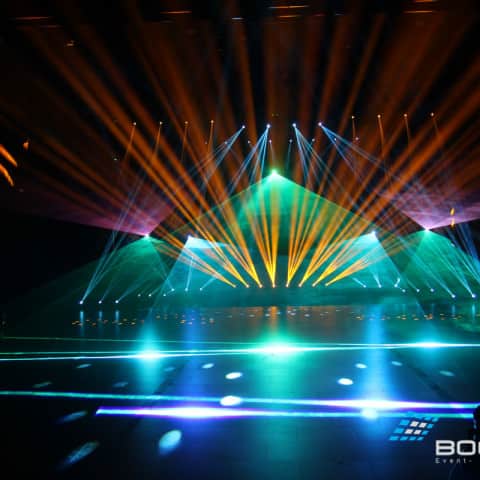 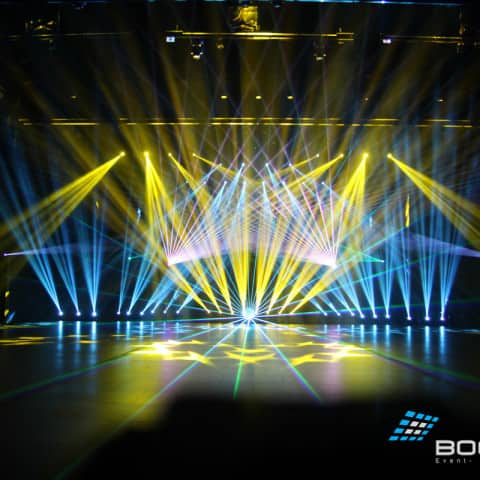 The Infiniti Motor Company Ltd. With its headquarters in Hong Kong was founded in 1989 in the USA by its Japanese parent company Nissan. The premium automobiles are successful in 50 countries especially in China and Russia. Within these premium cars crystalizes design, technology and performance of the future. Infiniti puts high attention to finesse and accuracy. Suiting this strategy Infiniti only works together with extremely powerful partners. The technical cooperation with the Formula1, the Infiniti Red Bull Racing Team or extraordinary product presentations through artists of the Cirque du Soleil ® are two good examples. With Bocatec Infinity engaged then the laser expert from Hamburg.

And the countdown is on…
Just two weeks before the show Infiniti contacted Bocatec. Already next day Bocatec boss Boris Bollinger was sitting in the plane to Peking to talk with the customer about the details. With the words „Here you have the music – hurry up!” Infiniti confided the whole conception and creative works to Bocatec. 48 hours later – the bill was already paid – the preparation for the show was running. Another 4 days later 3 guys from Bocatec started (light designer, light technicians and laser technicians) and another 10 technical helpers on site started the 6-day installation for the whole light and laser show.

More than 60 spot moving heads and 40 washers had to be installed, 11 high-power lasers with more than 10-20W white light power each, 8 fog- and wind machines and 6 hazers were on board. The control was done by the PHOENIX Show control.  Parallel to the laser show videos of Infiniti were played on different screens which were synchronized via SMPTE-time code.

Clear the stage for…!
On Thursday evening around 19pm it was done. With enormous pressure of time and with artistic freedom a laser- and light show was created that almost stole the show from the Model series Q. Seven cars drove suiting to music and light on stage. The final did the Q50 on a street symbolized by laser beams that went far until the horizon. A nice reference to the Infiniti logo.

Feedback that anyone likes
„That was the best car presentation that our agency has ever seen!“ much better the feedback couldn’t have been after the show. But even better, the management of Infiniti liked the show so much that they congratulated Bocatec personally for the fantastic work. The management wanted to play the show again the week after on the trade show, but unfortunately there was no time left to install it there…some resources are thus not infinite. But the next order didn’t wait long. Inspired by the Infiniti show Buick-Cars from the USA engaged Bocatec. So in September Bocatec will present their cars in China. 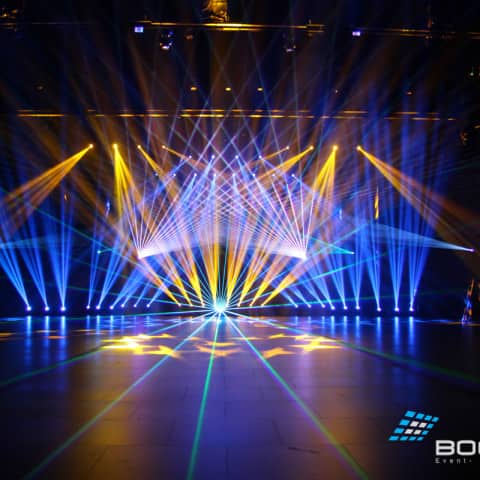 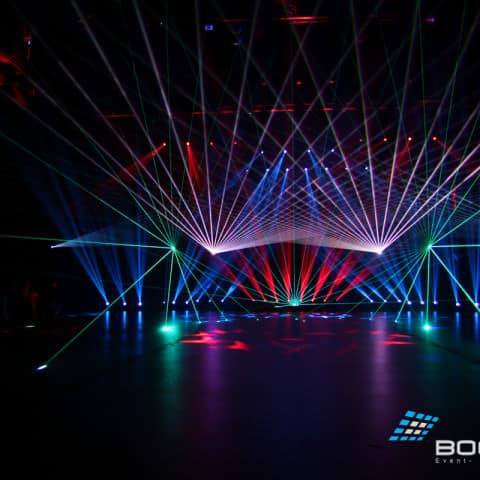 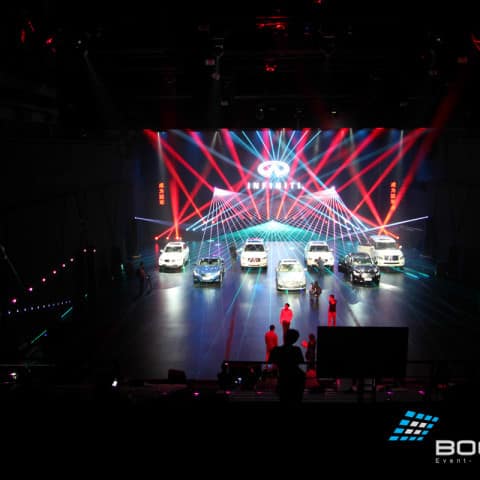 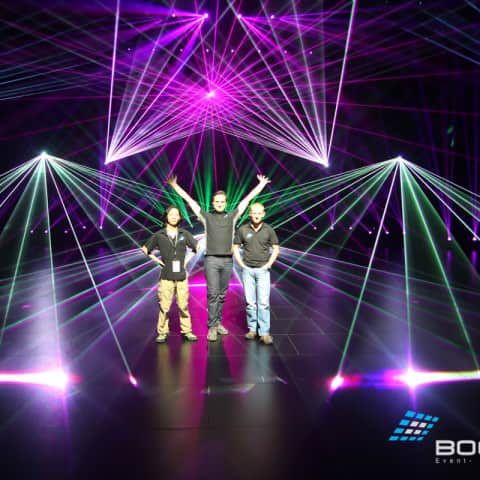 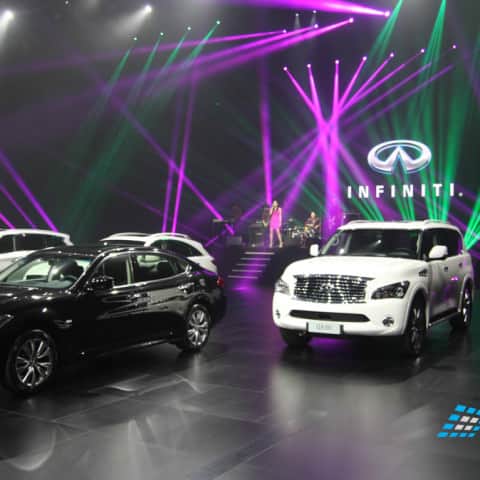