Bocatec kicks through Blue Goals for the World Championship

During the soccer world championship 2006 the shiny blue goals decorated the cityscape of Hamburg for 4 weeks. As eye-catches the 165 light installations got Hamburg in the mood for the mega event. Every night Bocatec shoot laser beams symbolically onto the goals and hit the mark without end. 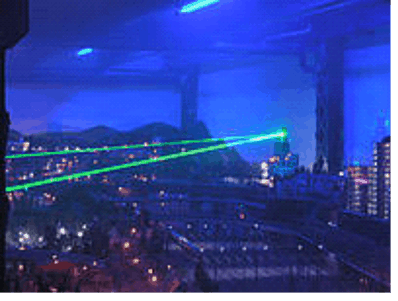 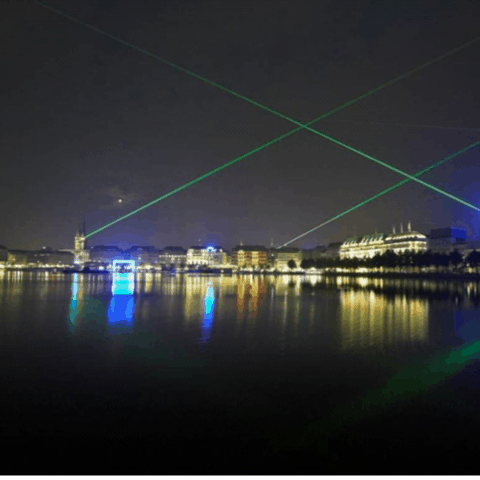 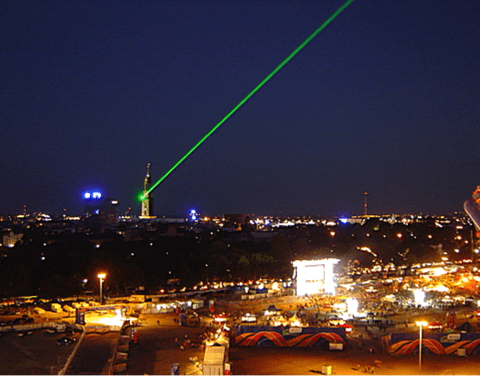 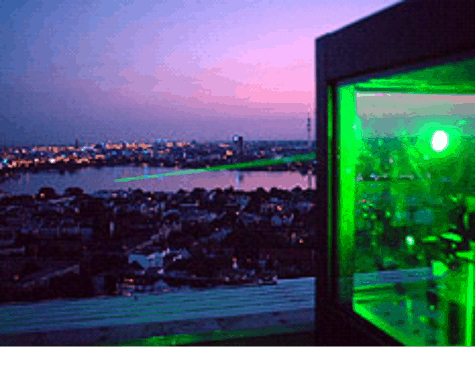 165 goals for Hamburg
The Blue Goals lightened up the entire Hamburg because many companies put up their own blue goal. Amongst others the goals shined from the building of ECE project management, the publishing house Gruner + Jahr, the Axel-Springer-building, the airport  Hamburg, the central mosque or from the hotel Atlantic. One blue Goal overstretched even the rail tracks of the Hamburg subway near the St. Pauli-gangways, so that the trains of the line „U3“ drove through the goal. The biggest goal with 50 x 80 m was installed by Blohm + Voss at the dry dock. Even the Hamburg Miniature Wonderland put up a mini goal inside its exhibition.

Bocatec kicks and scores
Eight laser locations on the highest buildings and urban emblems of Hamburg were reserved for Bocatec. From these the Bocatec laser experts fired every night from 11pm on for one hour laser beams onto the goals that were up to 4 km distance away. From the Mundsburg towers in the center of Hamburg the lasers reached almost every goal. Thanks to Bocatec Hamburg got countless direct hits. Even inside the famous touristic attraction – the Miniature Wonderland Bocatec installed two lasers for the mini goals and thus delighted the visitors. As special highlight the artist Michael Batz could also control the laser beams via sms himself.

The next world championship will come for sure
The 30th September 2006, after the crazy soccer summer, Hamburg bid solemnly farewell to the lovely blue light goals. After a concert and a firework above the Alster Bocatec looks forward to the next huge event in Hamburg.