The ceremony of the Mercedes AMG Driving Performance Awards on 20th November showed off highlight after highlight.  The Velodrom in Guangzhou was the location of the mega racing car spectacle. Bocatec trumped with a final of superlatives at the ending of the show.

AMG goes all out
Over 700 guests – customers, stars, dealers and press people came together in the huge, ultra-modern velodrom, that was built in 2010 for the Chinese bike sport events in futuristic architecture. To join in the guests AMG installed an AMG Racing Park with driving simulators, a Pit-stop competition and a “Photo finish” podium. Here every guest could try himself as race driver, take a look at the AMG collection and admire the Box Babes.

Program without ending
The three hour program then offered a multimedia fireworks made of single acts. Two famous television presenters guided through the show. Video projections on the hall top alternated with speeches from AMG executives, live presentations of the new high-performance-models and performances of Chinese superstars.

At 21:20 am Bocatec heralded the hammer final of the evening with a congenial light- and laser show. Five professional break-dancers with LED costumes performed around the show and the AMG models drove on stage for the family-car-parade. Bocatec also escorted the entrance of the „King of Asian Pop“ Eason Chan with a laser- and light effects and guided the show to its climax. 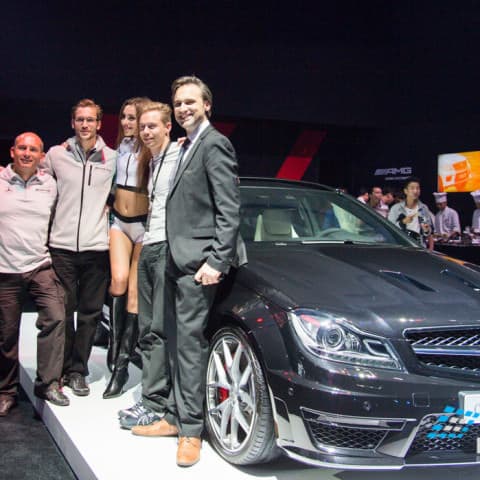 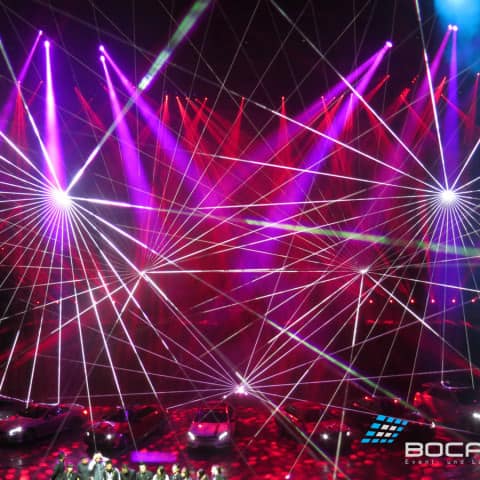 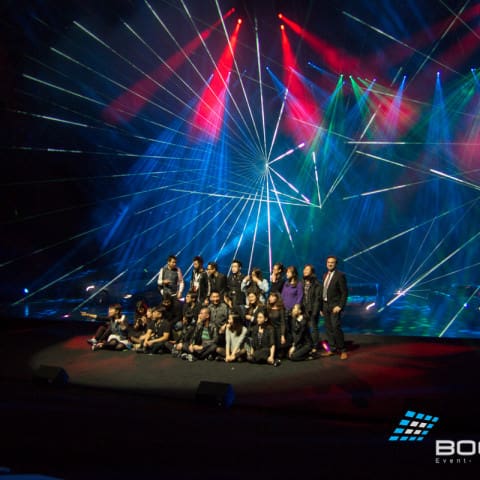 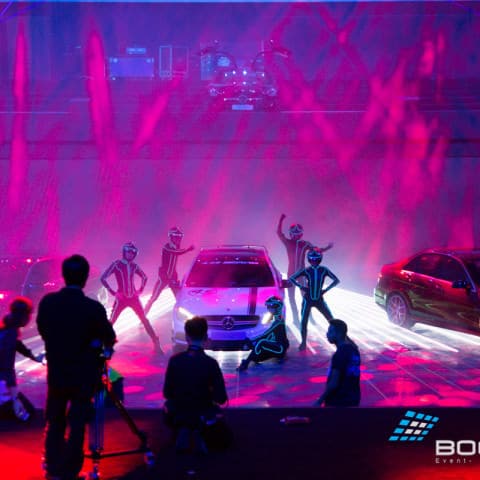 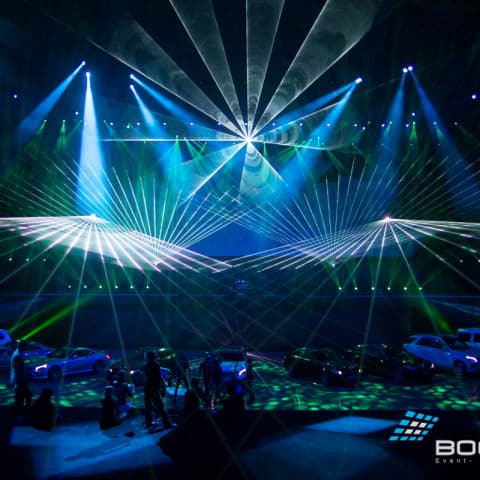 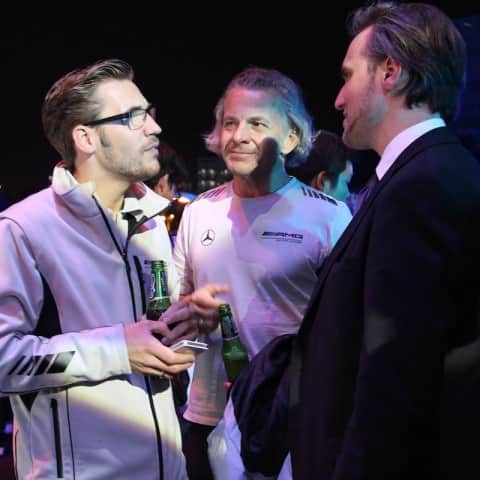 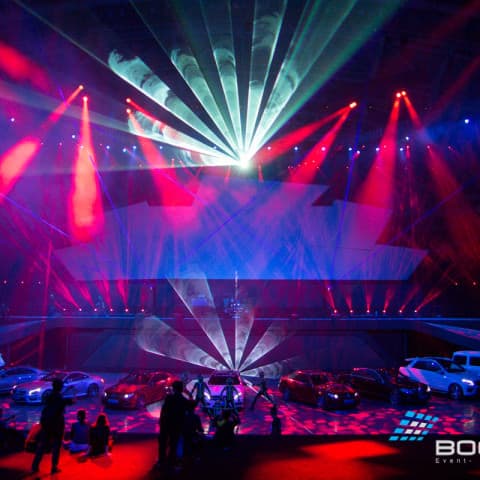 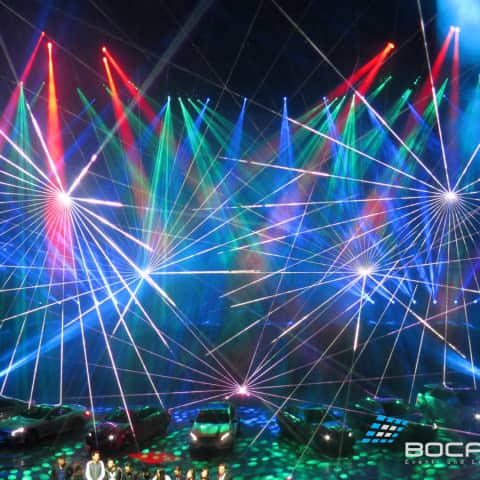 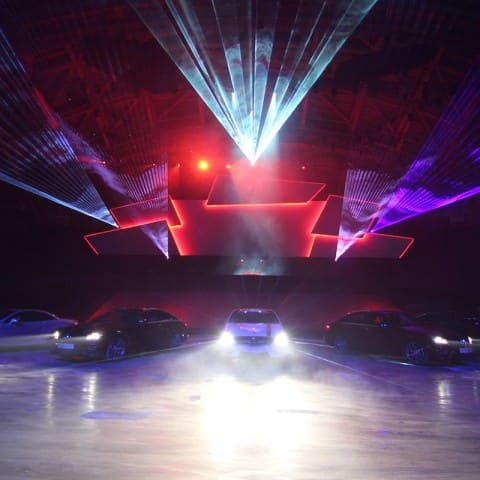 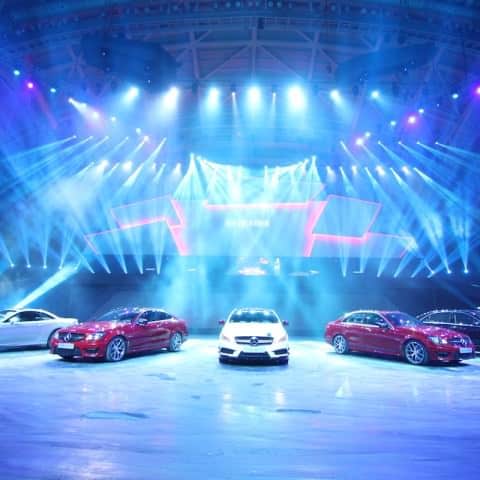 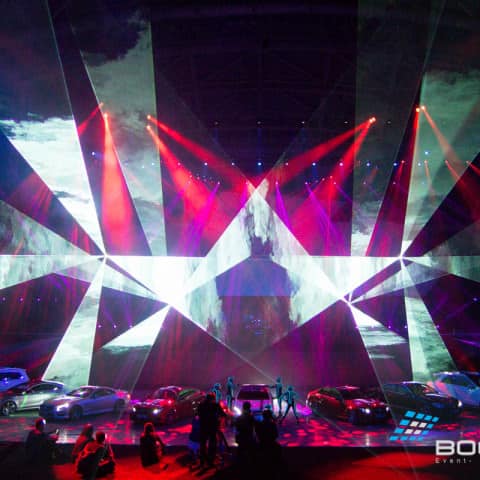 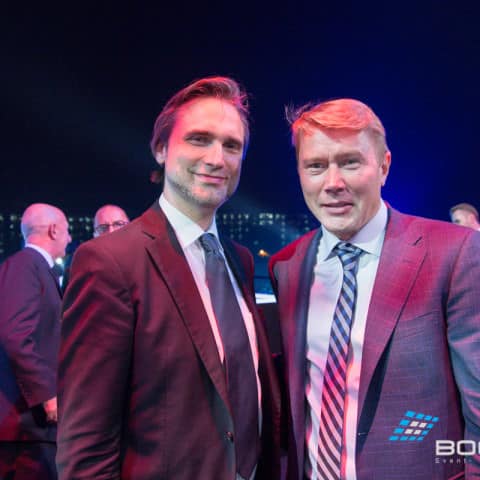 Bocatec in pole position
After having got the order for the show only 4 weeks before, 4 Bocatec guys flew to Guangzhou for one week. The laser freaks from Hamburg left nothing to chance for the technics array. With six full-color laser projectors: (2 x 14W, 3x20W, 1x10W) 8 fog machines, 2 hazers and an incredible 300 moving head light spots a lot of equipment was mounted. All centrally pulsed via W-LAN with SMPTE time code and controlled onto point with PHOENIX show controller.

The extremely sporty and cool event beamed the guests up. Bocatec felt perfectly in its element and was happy to be one of the many brilliant acts hitting the ground running for the power brand. Even Mika Häkkinnen congratulated Boris Bollinger of Bocatec personally to the greatest show he had ever seen. For the next race we are already on the starting list and keep our foot on the fuel pedal.